From a ghost inspection to a complete and complete ban on the police force, homebuyers and sellers expect a lot from their agents – and they’re not afraid to ask some pretty big questions.

Sometimes they even have to ask for unusual things on behalf of their customers.

Inman asked agents across the country and beyond: What’s the strangest thing you’ve heard about a customer inquiry?

Here were their answers.

Seth Williams, a broker and co-founder of the Massachusetts-based Ledge & Young Real EstateHe wrote to Inman that two prospective buyers wanted to summon some ghost hunters before signing.

“I once encountered a couple who were really suspicious of a property. The property was very well decorated. When the couple toured the house, they told me to include a fact in the contract that made me laugh.

“According to you, the house looked haunted. They wanted to hire a home inspector to look for ghosts in this house at night. If the owner had allowed it in the contract, they would live in this house today. “

Eva Lin of Lin Realty Group in California, Inman wrote that once a saleswoman wanted to dig up an entire rose garden two months after moving out.

“There was that time I met a home seller whose property included a stunning rose garden. It was so breathtaking that she wanted to take it with her when she moved!

“The problem was that she hadn’t bought her replacement home yet. When this saleswoman rejected my customer’s offer to buy, she added a condition that she could come back two months after the escrow account expired, dig up the rose garden, and move it to her new home. That was a first! “

Pila Gray Jessie, a broker based in California KHORR real estateShe wrote to Inman that one of her customers was eager to upgrade his wardrobe.

“The seller owned a well-known designer brand and the customer wanted several pairs of expensive jeans at the bottom of the escrow account.”

At first Jessie thought the customer was joking, but after one long and serious look she knew he was serious.

Matt Ward from The Matt Ward Group in Tennessee, wrote to Inman that during a transaction the seller wanted the buyer to keep his dog. 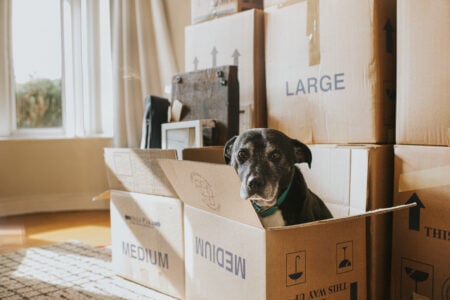 “The bizarre inquiries about the contract usually come from the buyer’s side, but the fun fact is that I once received a really weird inquiry from the seller.

“The seller actually wanted a contract clause that insisted that the buyer adopt their dog. According to the seller, it means more to the dog to live in the same house than to live with him. Since the dog was born in this house, the seller wanted him to take his last breath in the same place! “

Kimo Quance from The Kimo Quance team group in California wrote to Inman that a potential buyer would sign on one condition: no police.

“As a real estate agent, I’ve faced a number of bizarre customer inquiries from multiple clients. I once sold a luxury home with a great basement, party area, dance floor, swimming pool, and more.

“A supermodel showed interest in the place, so I set a schedule to show her around the house. It really went so well until she made a really bizarre request! She asked us for a clause in the contract that would not allow the police to enter her home no matter what. It was absolutely impossible to keep, and so we had to abandon the offer! “

Jason Simrad of Sims real estate group in Vancouver wrote to Inman that a customer wanted to check the bathrooms in the house before signing a contract.

“One of my customers wanted to use every bathroom in a property before buying. He asked me to include it in the contract.

“It wasn’t written into the contract, but surprisingly the landlord allowed it. And my client bought this house after making sure he enjoyed every shower. “ 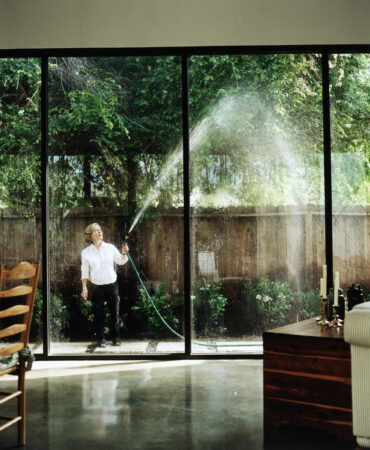 Christina Giaquinto from Modular cabinets wrote to Inman that she once had two customers who were very interested in the sound of the rain.

“Real estate agents like me tend to have a lot of customers year round. I’ve reached a lot of customers and potential buyers, but this one customer stands out from the crowd. For once, I took a buyer to a home who was very anxious to buy a place of peace, serenity, and tranquility.

“You looked completely normal and interested in the house, like any buyer. But when they kept looking, they asked me to use a hose and spray the outside of the window. I felt very uncomfortable but had to give in as they seemed like potential buyers. So I did this for almost every room in the house, and the house was pretty big. Then I found out that their main goal was to find a home that “sounded nice” when it rained.