The company also hired Jennil Salazar, a RE / MAX agent. Compass says it is the best single agent in the state by sales volume.

Recruiting powerhouse Compass has had a number of high-profile successes in the Indianapolis region over the past two weeks, luring high-performing teams away from both RE / MAX and Keller Williams, while hiring the region’s leading agent by volume.

The hiring frenzy began on August 2 when Compass recruited Keller Williams’ Steve Clark team. In an email, a Compass spokesman told Inman that the team had been the best Keller Williams team in the region. Team Leader Steve Clark added in the email that “after 15 years in the real estate industry, my team was drawn to Compass because the company kept challenging how a real estate transaction was conducted, experienced and executed.” 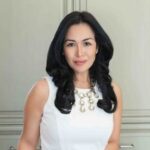 Three days later, Compass picked up RE / MAX agent Jennil Salazar. In the Compass email, Salazar is described as “the number one single agent in the state of Indiana based on sales volume over the past three years.” Salazar focuses on luxury real estate and said in an email that she was drawn to Compass’ digital platform, among other things.

“Compass digital tools will take my business to the next level in both marketing and technology, and I am confident that we will achieve great results and move my business forward quickly,” she added.

In addition to Salazar herself, she also brought three administrative employees to Compass.

Finally, on Monday, Compass scored the Somerville team, which the company said was the best RE / MAX team in Indiana. The team consists of Libby Somerville, Kim Baxter and Stevee Clifton and one other employee. In the email, Somerville said, “We fell in love with Compass working together.” 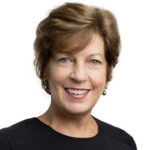 “We have never felt this empowered in our business endeavors,” she added. “We are incredibly excited about our future with Compass Indianapolis.”

Compass didn’t expand into the Indianapolis market until July, and the string of high-profile hires this month underscores the company’s modus operandi in aggressively recruiting. This strategy has helped Compass grow rapidly, but it has also been the target of lawsuits from various rivals.

Despite opposition from other companies, Compass announced in an earnings report earlier this week that an average of 10,629 agents were employed between April and June – an improvement both year-over-year and quarter-on-quarter. 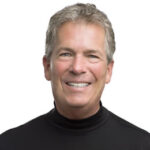 In the Indianapolis area, Compass currently has 36 agents and eight non-agent team members, a spokesman told Inman. And while it’s just getting started, these agents have shown that they’re happy with the company so far.

“Our decision to join Compass is reinforced every day,” said Baxter of the Somerville team in an email, “not only from access to the highest levels of marketing and technology, but from the continued infectious enthusiasm of the staff and the company Management for helping us create a better real estate experience for our clients. “