Four months after Leonardo DiCaprio bought his mother a $ 7 million mansion, he continues shopping and acquires a seaside home in Malibu for $ 13.78 million.

The 3,200-square-foot, four-bedroom waterfront property sits on 0.33 acres and is nearly twice the size of DiCaprio’s previous home, according to property records released this week.

Much of his previous home – from the amenities to the brokers who made it easy to sell outside of the market – is secret, but it has all the hallmarks of DiCaprio’s property style: large, on a hill on the water, and heavily demarcated from passers-by. It was built in 2005 and sold to DiCaprio by orthopedic surgeon Rick Delamarter.

Meanwhile, the 46-year-old “Titanic” and “Wolf of Wall Street” star is also offering his old property in Carbon Beach for $ 10 million.

The old Carbon Beach home, which DiCaprio bought for $ 1.6 million in 1998 and has a large top deck, private spa, and stairs to the sand, is now listed with Katie Bentzen of Coldwell Banker Realty. DiCaprio had rented it for $ 20,000 to $ 25,000 a month for decades.

Widely associated with his 1990s teen idol status, DiCaprio saw his fame skyrocket after playing Jack Dawson in the 1997 historic blockbuster Titanic. Since then, he has appeared in countless award-winning films and after six nominations and years of waiting, he finally received an Oscar in 2016 for his acting in the survival epic “The Revenant”. 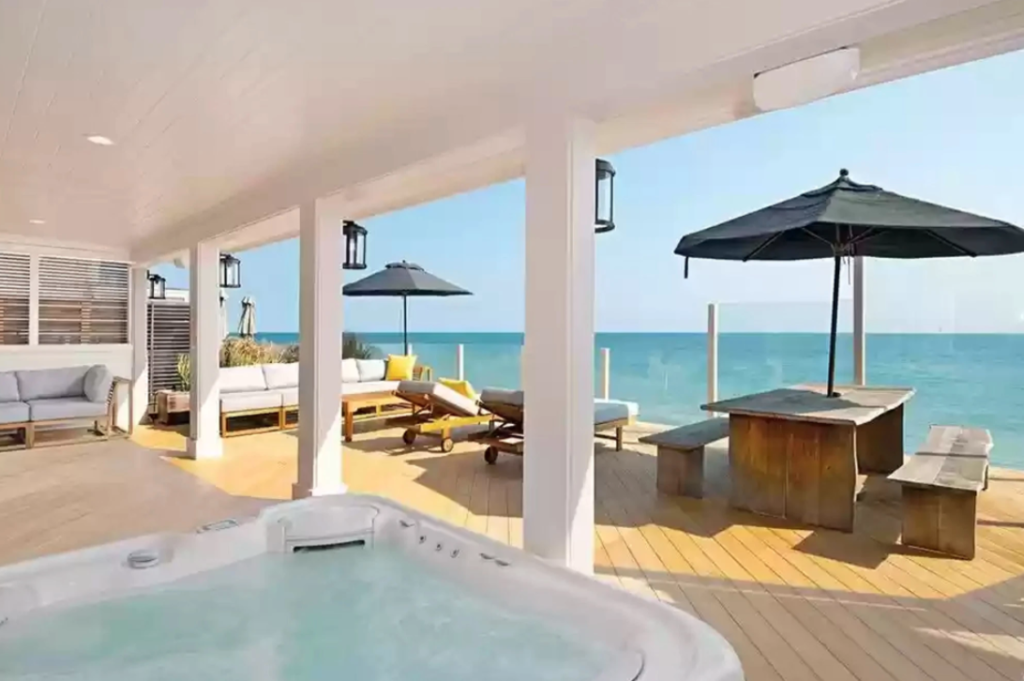 DiCaprio, valued at $ 260 million, is also a big real estate fan who flips and moves frequently. He owns apartments in New York, an island in Belize, and numerous properties in Los Angeles and elsewhere in California. In 2017, he paid $ 23 million for a near-vacant lot in Paradise Cove, Malibu, but has not yet taken significant steps to develop it.